A Scandalous King Is the Offense. 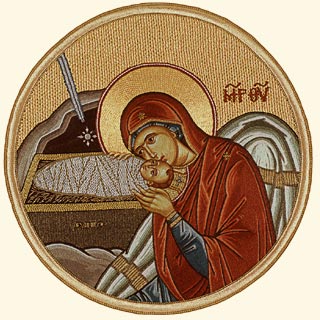 If you were to choose a king  who would be  your choice? In all the elections I can recall the candidates all promised;

1. everyone would have a house

2. a chicken in every pot in that house,

4. employment to which one was to be transported

5. little or no taxes or they will be paid by others.

Wow! Now those are fantastic promises. If he could carry them off what a wonderful king he would be.

And the angel said to her, “Do not be afraid, Mary, for you have found favor with God. And behold, you will conceive in your womb and bear a son, and you shall call his name Jesus. He will be great and will be called the Son of the Most High. And the Lord God will give to him the throne of his father David, and he will reign over the house of Jacob forever, and of his kingdom there will be no end.”
(Luke 1:30-33 ESV)

This is the King given to us by God. Of a scandalous birth to an unmarried girl. This King grew up not in a palace but in a regular family. This King, instead of leading an army into victorious battle, did battle with the devil and his servants. Not at all what one would want for a King.

To make it worse, This King was tried in a mock trial with lying witnesses. This King was severely beaten beyond any other man. And this King was nailed to the cross which was the only throne he had on this fallen world.

What Child is This?

Why lies He in such mean estate,
Where ox and ass are feeding?
Good Christians, fear, for sinners here
The silent Word is pleading.
Nails, spear shall pierce Him through,
The cross be borne for me, for you.
Hail, hail the Word made flesh,
The babe, the son of Mary.

Some of the unbelieving world does not mind the babe in the manger. There he is all safe and warm. And we are safe with him there. The above verse is skipped on secular broadcast on radio and in stores. From a marketing standpoint perhaps it is understandable. But sadly if and when this hymn is sung in many churches this part is left out or rewritten. What of a people who are embarrassed of what Our King did for the world? Is it a wonder this society is going down hill?

Take heart dear brothers and sisters. This King is Sovereign. This King has chosen to be located in the manger, on the cross and risen from the dead for you. He has determined his Gospel to never be silenced. This encourages us to repent and trust in his work for us on the cross and his resurrection. We can pray for his Church which is in such disarray that Christ grant her true repentance and forgiveness. And also pray for and encourage his pastors to boldly preach repentance and the forgiveness of sin in the name of King Jesus.

Trust this good news and live in its peace. Amen. †